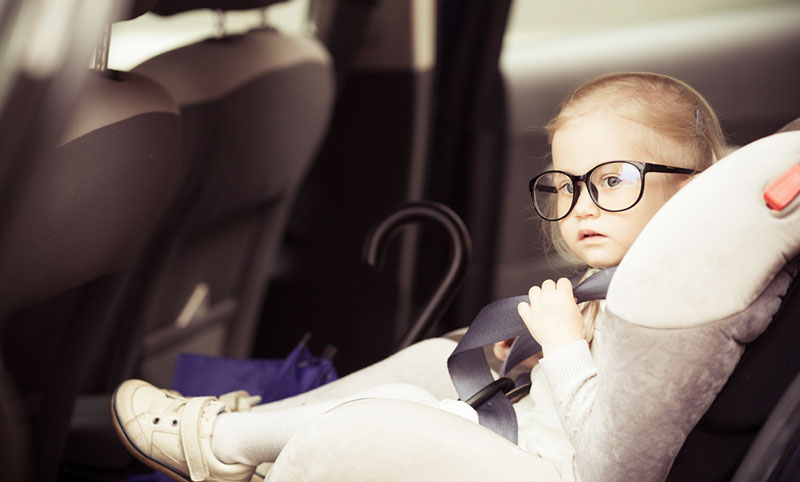 At what age should a child use a booster car seat?

I pulled out of the driveway straight into a roadblock at the intersection in front of the house. State troopers on each direction stopped motorists in every passing vehicle.

Smiling timidly, I handed over my license and registration. The unsmiling officer glanced into the backseat and lowered his eyebrows.

“That child looks too young for that booster seat.”

I twisted around to look. Sure enough, my oblivious three year old swung her legs cheerfully from her big sister’s booster seat. Behind her, my older daughter looked at me with a mixture of innocent confusion and knowing guilt, squished in her little sister’s car seat.

“Her sister switched seats with her. I didn’t realize…”

He mumbled something and retreated to his squad car. When he returned, he handed me a colored paper. “I’m giving you a ticket for inappropriate child restraint. You will appear at court at the abovementioned day in September. Failure to appear may result in a warrant for your arrest.”

Shaking, I pulled away. I dutifully reported to court on the appointed September day, when I was fined over $200 for my mistake.

Take It from Me: Know the Rules

If you’re a new parent, take my advice: learn exactly what child restraint system is required. It varies from state to state, so in case you’re unsure, here are some guidelines.

Even though child safety requirements can seem invasive, they’re there to protect, not to perturb. Remembering that helps me keep it all in perspective – that, and the squad car parked on the side of the road!